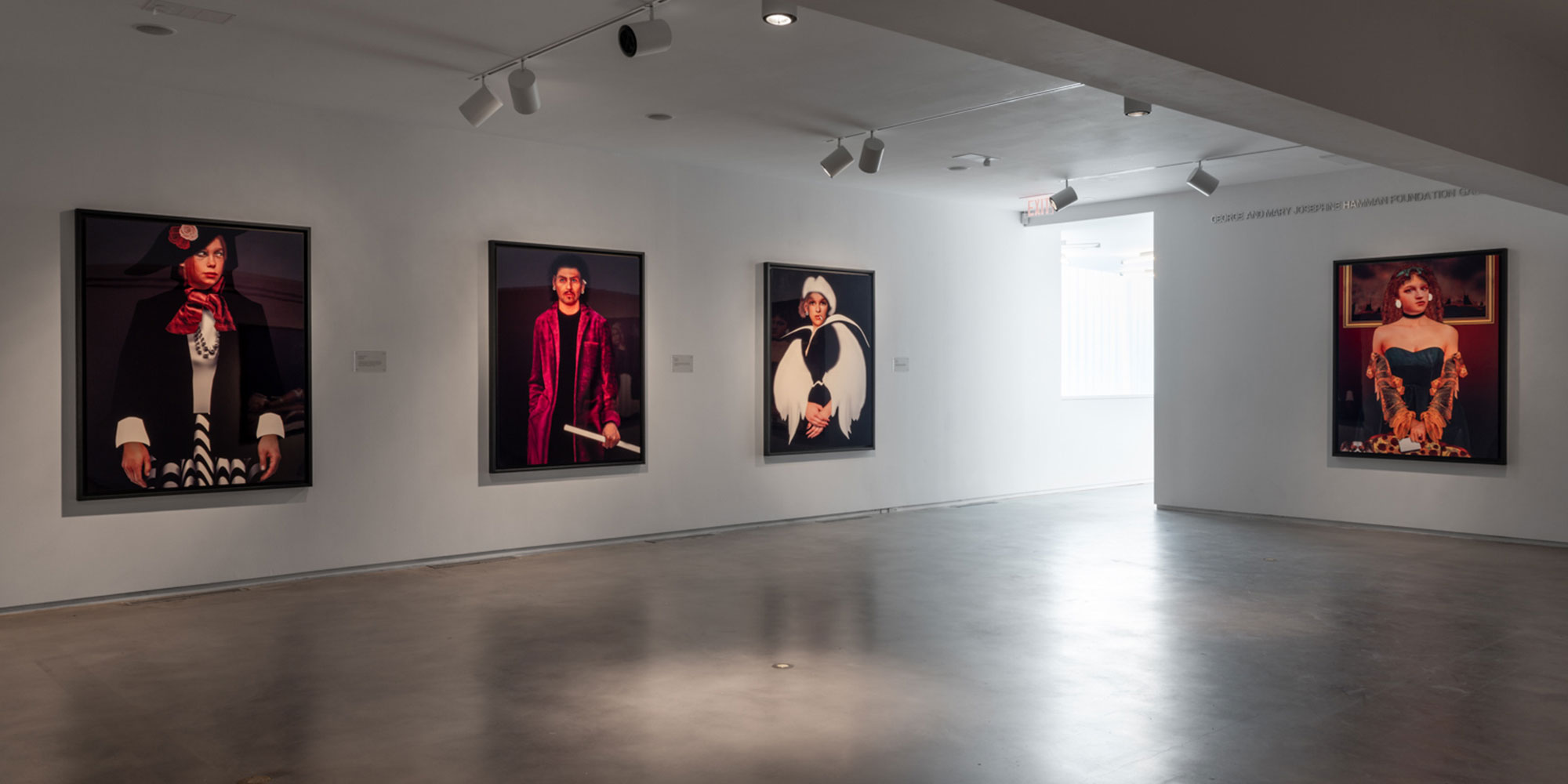 Alfred Leslie: One Hundred Characters in Search of a Reader

The as yet to be completed series entitled One Hundred Characters in Search of a Reader by Alfred Leslie (b. 1927, New York), consists of digitally painted portraits of protagonists from over a century of literary fiction as imagined by the artist. The selection of subjects is eclectic and skewed toward the outlaw and the outcast. Characters range from Paul Bäumer, the German First World War soldier in Erich Maria Remarque’s 1929 antiwar novel All Quiet on the Western Front; to Miss Wonderly, the femme fatale in Dashiell Hammett’s 1930 detective story The Maltese Falcon; to Anton Chigurh, the murderous villain from Cormac McCarthy’s 2005 screenplay and novel No Country for Old Men. Filled with intricate details and computer-rendered effects, these fanciful and fantastical images mark a bold transition to a new medium by an established American master.

First achieving success in the early 1950s as an Abstract Expressionist painter, Alfred Leslie has repeatedly reinvented himself: as a Beat-Generation avant-garde filmmaker, a photographer, a publisher of the “one shot” literary review The Hasty Papers, and, in the early 1960s—in one of the twentieth century’s most daring stylistic about-faces—a representational painter and drawer pioneering new, oftentimes antinaturalistic, ways of seeing the human form. Although he has avoided a career-defining style, Leslie has always been guided by a deep investment in rethinking the ways we construct images and tell stories.

In his latest career transformation, Leslie began using computer illustration tools to make digital paintings in the mid-2000s. The exhibition title One Hundred Characters in Search of a Reader is inspired by Luigi Pirandello’s 1921 play Six Characters in Search of an Author. This absurdist study of the relationships between writers, their characters, and the stage, which he discovered in high school, Leslie says, taught him the ways modern art could both reflect life and defy logic.

Teeming with an intoxicating mix of representational styles, these 16 imaginary portraits of fictional characters represent the range of Leslie’s approaches, as well as the ways his lifelong love of reading has inspired him.

Alfred Leslie: One Hundred Characters in Search of a Reader is organized by the Blaffer Art Museum.

Generous support for the exhibition is provided by Ingrid Arneberg, Leslie and Brad Bucher Jereann Chaney, Cullen K. Geiselman, Cecily Horton, Sallie Morian and the University of Houston Cynthia Woods Mitchell Center for the Arts in the Kathrine G. McGovern College of the Arts.

Houston Public Media's Ernie Manouse talks with curatorial fellow Tyler Blackwell about the Blaffer Art Museum exhibition "Alfred Leslie: One Hundred Characters in Search of a Reader." The exhibition of "digital paintings" is on view through January 26, 2019. 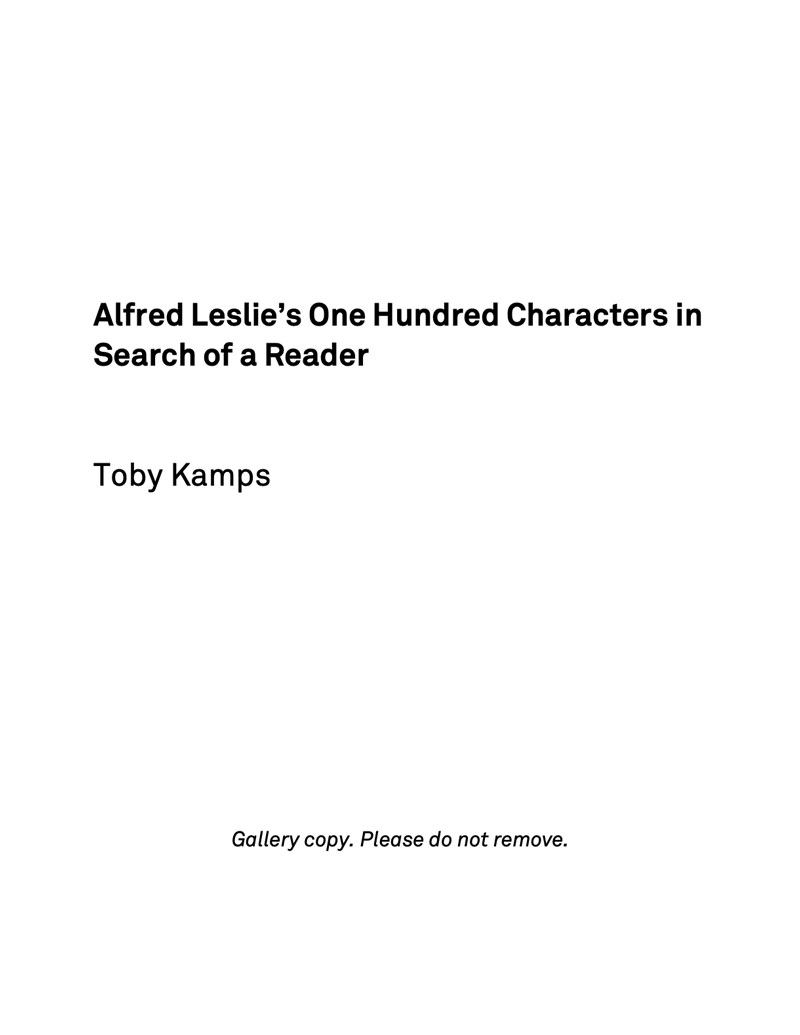 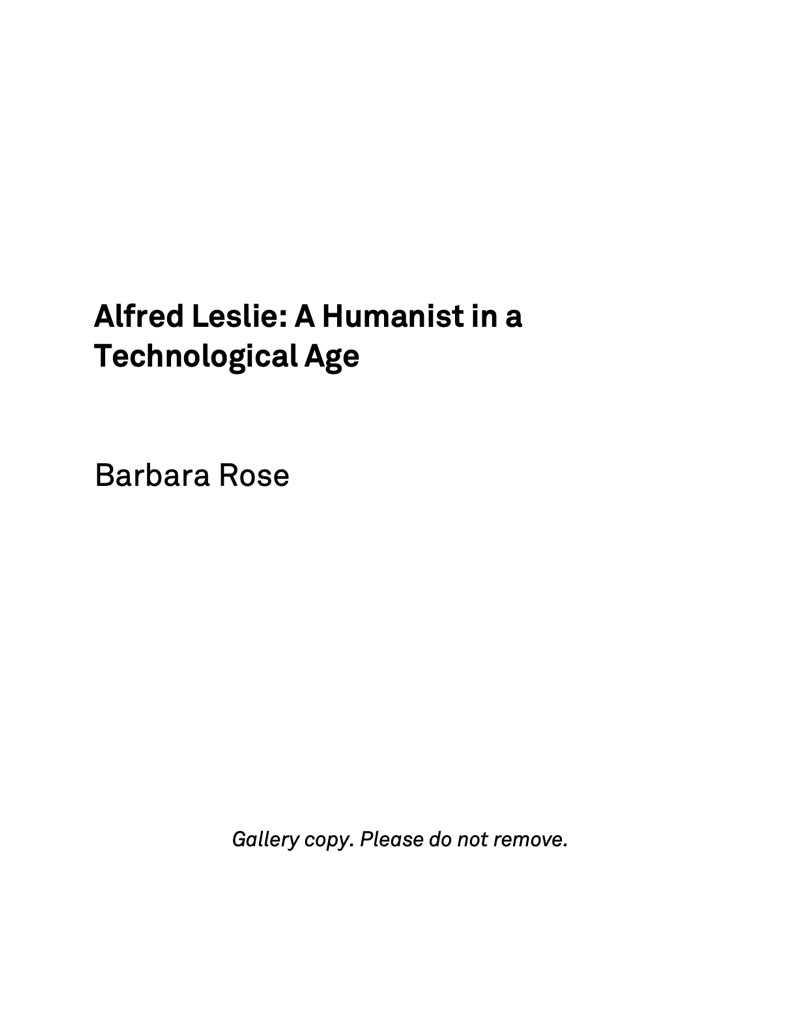