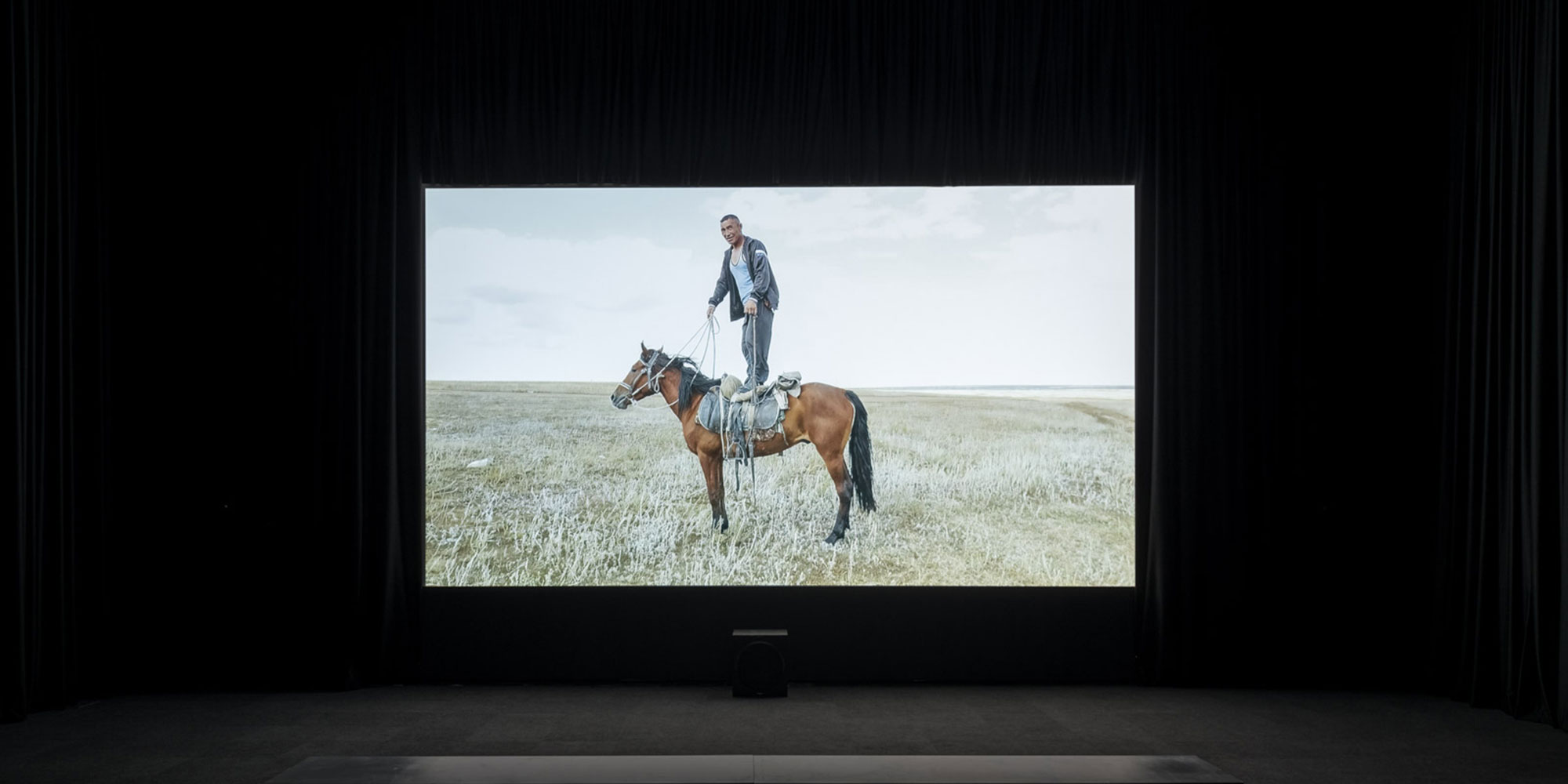 Immortality for All: A Film Trilogy on Russian Cosmism by Anton Vidokle

Russian Cosmism was founded by Nikolai Federov (1829–1903), an eccentric Moscow librarian and teacher. The ultimate goal of technology, he posited, must be to overcome mortality and, eventually, to resurrect the dead. Combining ideas from the Western Enlightenment, Eastern philosophy, Russian Orthodox religion and Marxism, this utopian philosophy inspired a wide range of thinkers until it was driven underground by Stalinism in the late 1920s.Cosmism inspired artists and architects associated with the Suprematist and Constructivist movements, who used abstract symbols and new industrial materials to imagine a radically new world after the Bolshevik Revolution. Fedorov’s belief that outer space must be colonized to relieve a world overflowing with immortals is also believed to have influenced his former student Konstantin Tsiolkovsky (1857 – 1935), founder of the Soviet space program.

In Immortality for All: A Film Trilogy on Russian Cosmism by Anton Vidokle, the artist explores Cosmism’s influence on the 20th century and its relevance to the present day. He scans Siberian, Kazakh and far-northern White Sea landscapes for Cosmism’s influences in the remains of Soviet-era art, architecture and engineering, and reimagines a Moscow museum as a cosmist mausoleum. In part one, This Is Cosmos (2014), he searches for the foundations of Cosmist thought, which he says, are “to construct a new reality, free of hunger, disease, violence, death, need, and inequality — like communism.” Part two, The Communist Revolution Was Caused by the Sun (2015), explores the solar cosmology of biophysicist Alexander Chizhevsky (1897 – 1964), who linked the sun’s radiation to human psychology, sociology and politics. And part three, Immortality and Resurrection for All! (2017), filmed in a variety of Moscow galleries, libraries and zoological institutions, reimagines the museum as a site of resurrection and communion with the dead.

Music by John Cale and Éliane Radigue accompanies Vidokle’s haunted imagery, suggesting the yearnings for connection, social equality, physical and material transformation and immortality at the heart of Cosmist thought.

Immortality for All: A Film Trilogy on Russian Cosmism by Anton Vidokle is organized by the Blaffer Art Museum.

Generous support for this exhibition is provided by Ingrid Arneberg, Jereann Chaney, Cullen K. Geiselman, Cecily Horton, Sallie Morian, the University of Houston Cynthia Woods Mitchell Center for the Arts in the Kathrine G. McGovern College of the Arts and Nina and Michael Zilkha.

Immortality for All: A Film Trilogy on Russian Cosmism by Anton Vidokle, installation view, Blaffer Art Museum.
All Exhibitions