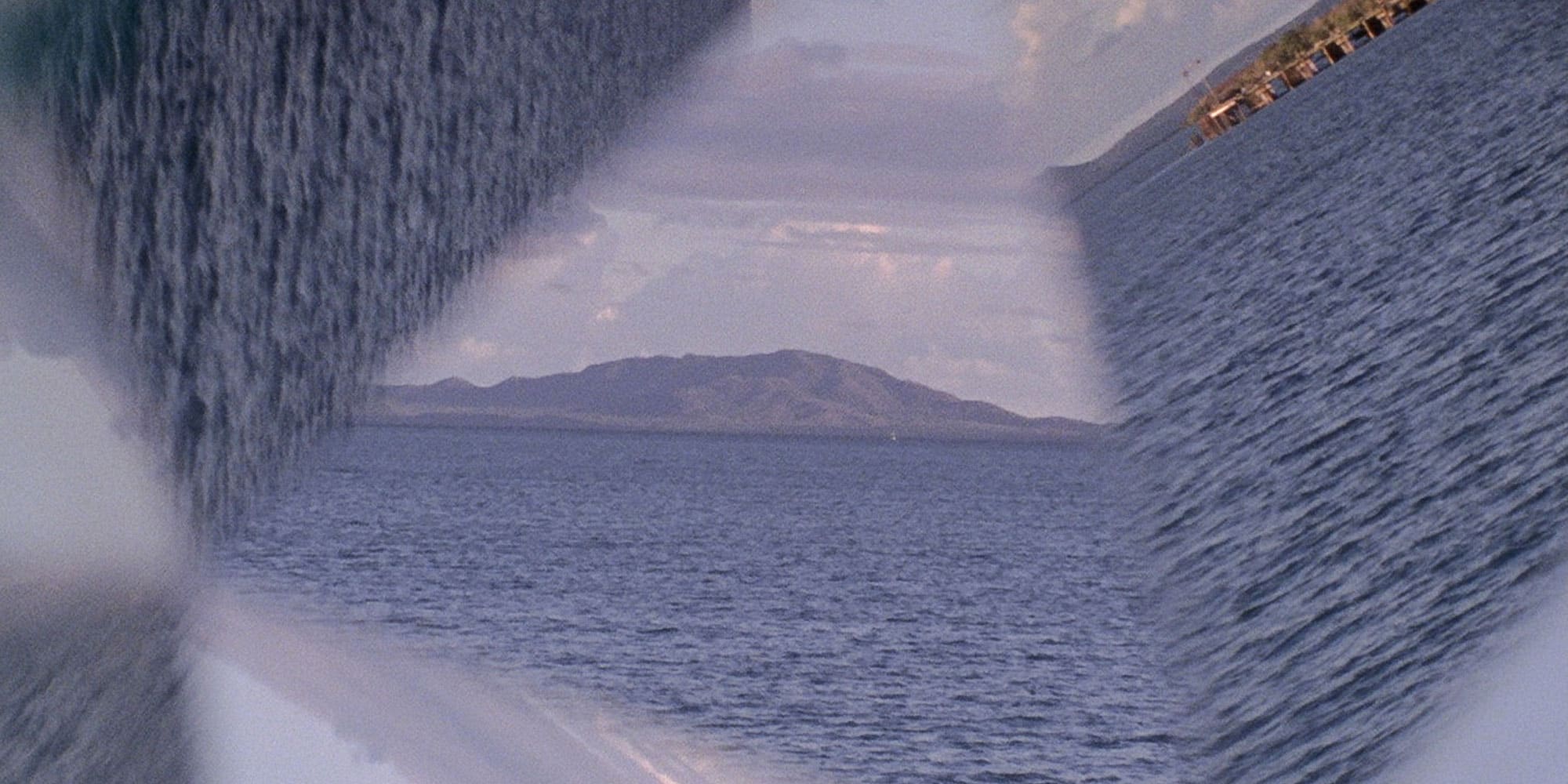 In Otros Usos (Other Uses), Santiago Muñoz trains her lens on the grounds of Roosevelt Roads, a former U.S. Naval base in Ceiba, Puerto Rico that was a frequent target of local protests against military presence until its ultimate decommission in 2004. The site’s docks, still fitted with abandoned military equipment and infrastructure, jut out into the ocean and are now utilized by local fishermen. At varying intervals, the scenic images become unfixed, mirroring or multiplying inversely within the frame. Santiago Muñoz shot the film through reflective glass sculptures of her own making, creating alternating, kaleidoscope-like views of sea, sun, land, sky, and figure. Using her camera as a tool, the artist both distorts and augments our experience of place, thus blurring the borders between historical fact and fiction.

This exhibition is organized by Tyler Blackwell, Cynthia Woods Mitchell Curatorial Fellow at Blaffer Art Museum. It is presented in the Saleri Studio Gallery on the museum’s second floor.
All Exhibitions