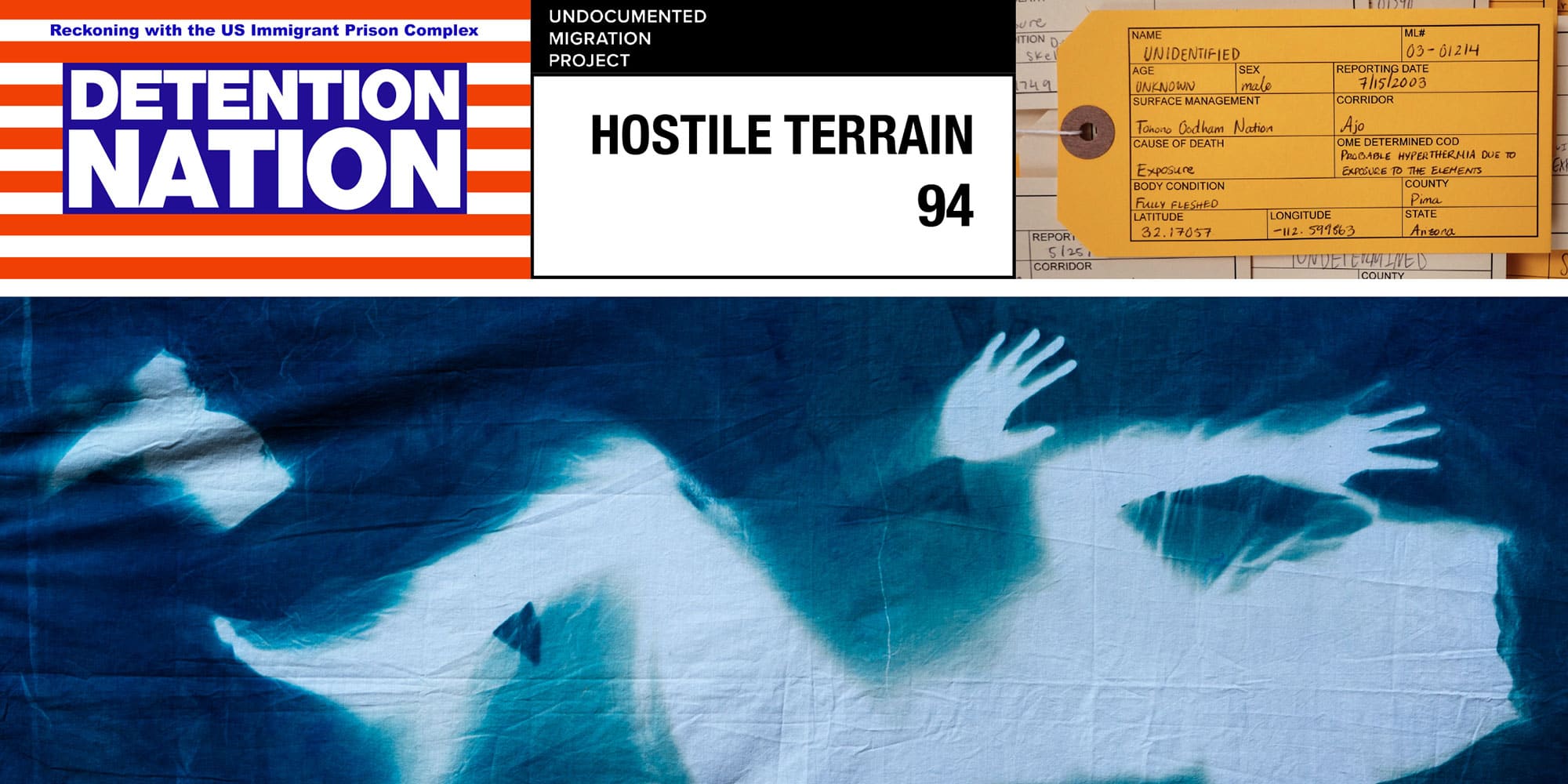 Hostile Terrain 94 is a participatory art project sponsored and organized by the Undocumented Migration Project (UMP), a non-profit research-art-education-media collective directed by anthropologist Jason DeLeón.  The exhibition is composed of over 3,200 handwritten toe tags representing migrants who have died trying to cross the Sonoran Desert of Arizona between the mid-1990s and 2019.  These tags are geolocated on a wall map of the desert, showing the exact locations where remains were found. This installation occurs at more than 125 institutions nationally and globally, in 2021 throughout 2022.  The Department of Comparative Cultural Studies (CCS) at the University of Houston is the regional host and principal sponsor for the Hostile Terrain 94 exhibition in the Houston area.  Hostile Terrain 94 is co-presented by Public Art of the University of Houston System. The physical launch of Hostile Terrain 94 in Houston will be on view in the Blaffer Art Museum lobby.

Professor Nicholas De Genova, a scholar of migration, borders, race, and citizenship, and Chair of the Department Comparative Cultural Studies, invited the Sin Huellas Artist Collective to present Detention Nation alongside the Hostile Terrain 94 installation on campus at the Univeresity of Houston. Together, Comparative Cultural Studies, Public Art, and the Sin Huellas Artist Collective have organized a physical and virtual installation to expand the dialogue concerning the violence of immigration enforcement, border policing, and detention.

This program is also produced by the Sin Huellas Artist Collective and is possible in part by Houston Arts Alliance as well as the following University of Houston co-sponsors: Katherine G. McGovern College of the Arts, Provost 50in5, and Underrepresented Women of Color Coalition as well as Arte Publico. This project is made possible with the support from The Idea Fund. The Idea Fund is a re-granting program administered by DiverseWorks, Aurora Picture Show, and Project Row Houses and funded by The Andy Warhol Foundation for the Visual Arts. Special thanks to Rosalindaenterprise.com for promotional support.