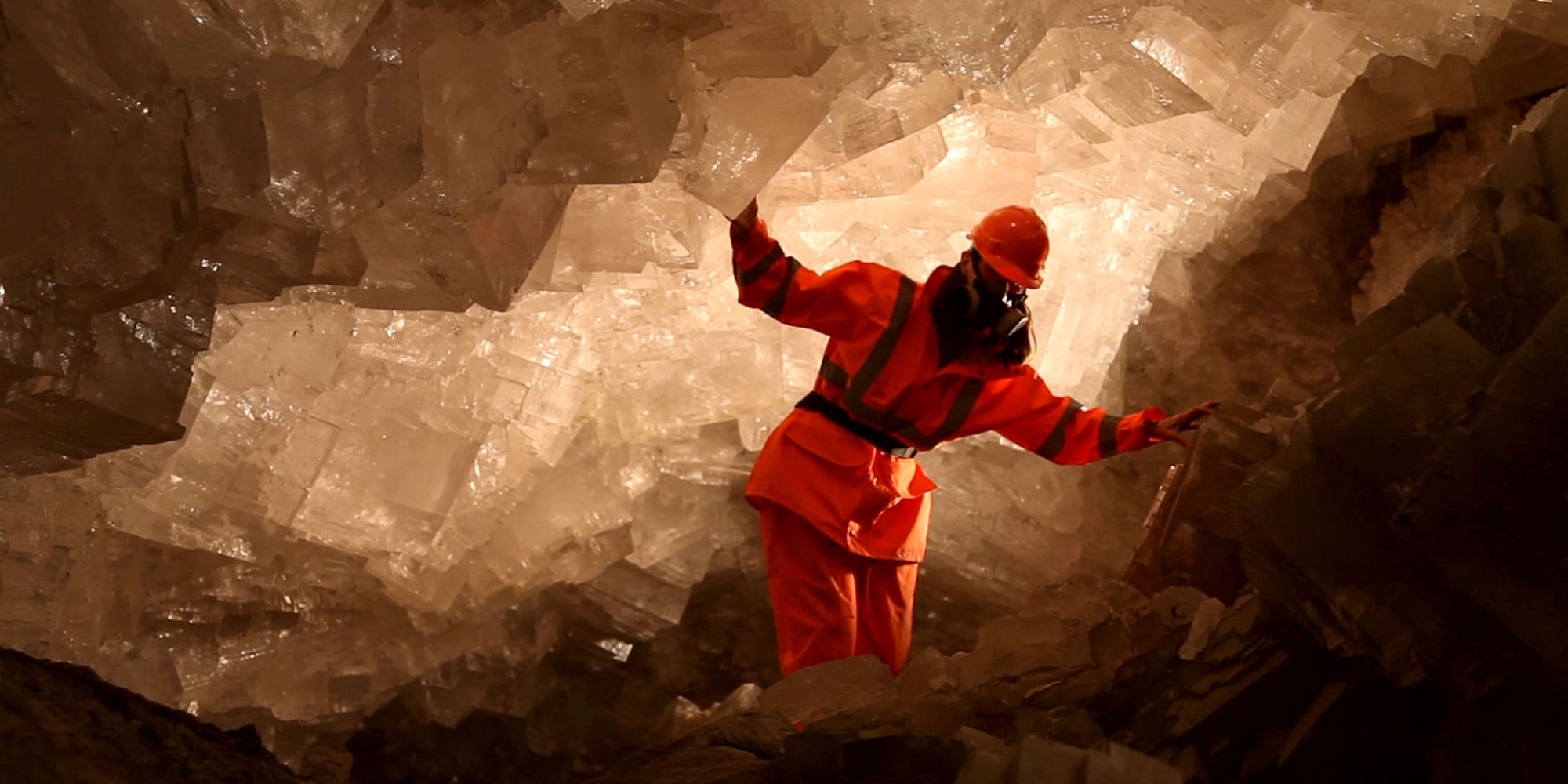 Janet Biggs: Echo of the Unknown

Janet Biggs: Echo of the Unknown is a multidimensional exhibition combining video, sound, and objects that explore the role of memory in the construction of identity. Drawing from her personal memories of the effects of Alzheimer’s on family members, heroic stories of public figures coping with the disease, and research conducted with neurologists and geoscientists, Biggs raises fundamental questions about how we become–-and how we lose our sense of-–who we are. The exhibition opens with a public reception from 7-9 p.m. on Friday, January 16 and remains on view Jan. 17-March 21.An avid mineral collector, Biggs’ grandfather could recall the most obscure names and origins of the samples in his collection, even as he was losing the ability to identify family members and close friends. Can’t Find My Way Home, a four-channel video installation inspired by memories of the artist’s grandfather, juxtaposes documentation of neurological research conducted in New York and Houston laboratories with footage shot in the crystal cavern below the German Merkers salt mine.

A cavern filled with giant, glistening, geometric crystals, Merkers is an extraordinary geological anomaly akin to a mammoth geode 800 meters below the surface. Combining footage of her physical exploration of the cavern, where extreme environmental conditions trigger disorientation, with scenes of the neurologists’ lab work, Biggs draws a metaphorical connection between the cave and a brain as sites of memory and discovery.

The video installation The Persistence of Hope focuses on the solace Biggs’ uncle found in his residual memory of birds. After his diagnosis, he would gather dead hummingbirds found in his garden, carefully seal them in clear plastic bags, and place them in his freezer. Only after his death did Biggs learn of this ritualized attempt to sustain beauty and hold onto life as he felt it fade away. Alternating imagery of gravity-defying hummingbirds with footage shot in the Arctic and in laboratories where human brain cells are preserved in freezers for neurological research, Biggs paints a tender picture of life caught between hope and futility.

Breathing Without Air follows an aging mineral collector as he searches for the perfect specimen at a trade show. While pursuing this elusive goal, he loses his way among the many aisles of vendors and displays. His wanderings are juxtaposed with chaotic footage shot above and underwater of a paddler rolling his kayak at an increasingly frenetic pace.

All three pieces share a soundscape loosely based on Glen Campbell’s song, Wichita Lineman. In 2011, Campbell was diagnosed with Alzheimer’s but decided, with his family’s consent, to continue to tour as long as he was able. Inspired by Campbell’s tenacity, Biggs asked several composers to write a score based on their memory of Wichita Lineman. Their fragmented invocations add a haunting sonic layer to the exhibition.

In conjunction with Echo of the Unknown, Blaffer will collaborate with more than a dozen UH colleges and Houston institutions on the Blaffer Art Museum Innovation Series, an ambitious slate of lectures, gallery talks and panel discussions, enhancing the exhibition’s role as a catalyst for cross-disciplinary learning.

Janet Biggs: Echo of the Unknown is organized by independent curator Janet Phelps.

The exhibition is made possible through the Innovation Grants program of the Cynthia Woods Mitchell Center for the Arts which is funded in part by the Houston Endowment, Inc. The production was underwritten in part by Allison and David Ayers, Carlisle Vandervoort and Gabriela Trzebinski, Bridget and Patrick Wade and Robert Wennett and Mario Cader-Frech. Additional funding was provided by First Take patrons Jereann Chaney, Cullen Geiselman, Heidi and David Gerger, Pablo and Maria Henning, Cecily Horton, Ann Jackson, Kathrine G. McGovern/McGovern Foundation, James A. Prell, and Lea Weingarten. Additional support comes from the Cecil Amelia Blaffer von Furstenberg Endowment for Exhibitions and Program, the Houston Endowment, Inc., the City of Houston through the Houston Arts Alliance, the Texas Commission on the Arts through the Arts Respond project, the Jo and Jim Furr Exhibition Endowment at Blaffer Art Museum, and The George and Mary Josephine Hamman Foundation. 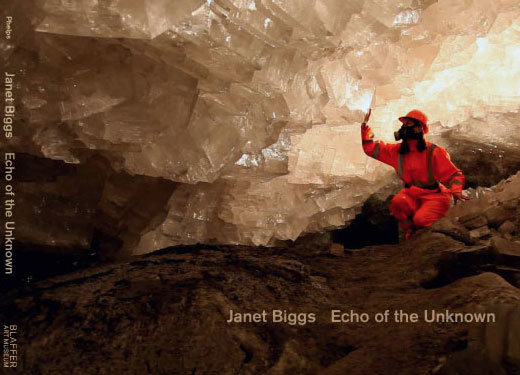 Published by Houston Public Media. Artist Janet Biggs talks about her exhibition "Echo of the Unknown." Biggs draws on her own family members' struggles with Alzheimer's Disease, as well as research conducted with neurologists and geologists, to create juxtapositions of imagery that recall flickering synapses and metaphorical journeys into the depths of memory.
All Exhibitions