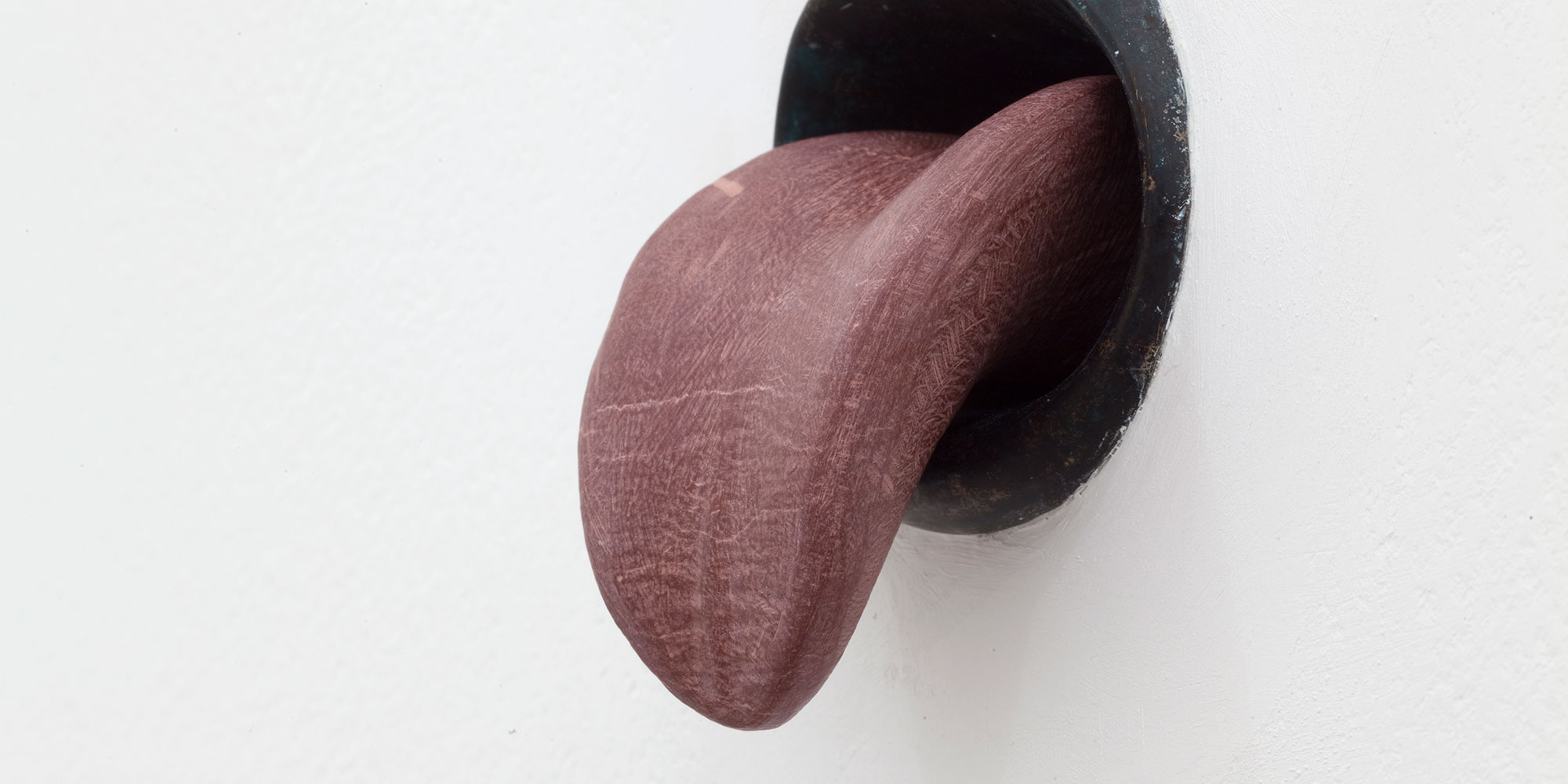 Blaffer Art Museum, the Contemporary Arts Museum Houston, Asia Society Texas Center and the Station Museum of Contemporary Art are proud to collaborate on the Houston presentation of Mel Chin: Rematch, the most expansive survey of Chin’s work to date and a homecoming for one of the city’s most renowned artists.Organized by the New Orleans Museum of Art, the traveling retrospective will launch its Houston run on Saturday, January 17, 2015 with a roving opening at all four venues. The website rematchhouston.com will serve as an online portal to the Houston presentation’s four components.

Working across media including sculpture, video, drawing, painting, collage, land art and performance art, the Houston-born Chin has adopted mutability as his operating premise over his four-decade career, with works ranging from intimate sculptures and drawings steeped in the legacy of Dada and Surrealism to ambitious site-specific, research-driven, collaborative projects involving scientists, fellow artists and community members.

“Operating in the legacy of Marcel Duchamp, Chin allows his ideas to dictate the form of his art, yet he looks toward biological and evolutionary models as the underlying framework for his practice,” writes exhibition curator Miranda Lash, curator of contemporary art at the Speed Art Museum in Louisville, Kentucky. “Chin describes his willingness to change as a survival strategy, no different from that of a cell, or a virus, which, upon encountering danger or an obstacle, adapts in order to continue reproducing.”

While some of Chin’s best-known works reflect his concern for social justice, the exhibition corrects a common misunderstanding of his mission—that he is out to save the world or make people behave a certain way. On the contrary, he has said that he views art as “a catalytic force” that fosters the availability of options in order “to allow things to happen.”
Avoiding a chronological presentation, the retrospective’s 60 artworks highlight thematic strands that underscore Chin’s broad range of subject matter, materials and formal approaches. Chin describes the survey as an opportunity to revisit, reframe and battle his previous conceptions. “Points of view established in the past are no longer up to date,” he says. “It’s time for a rematch.”

The 31 works on view at Blaffer Art Museum include documentation of Chin’s major science-based projects, most famously Revival Field (begun in 1990), in which he worked with agronomist Rufus Chaney on monumental “sculptures” that used phytoremediation—the use of metal-accumulating plants to absorb toxins from contaminated soil—as a reductive technique, similar to the way a sculptor carves away marble. Chin used the term “invisible aesthetics” to describe the transformation occurring under the soil and between various collaborators and civic agencies in what became the first replicable field test of its kind.

Chin’s research on soil again bore fruit when he turned his attention to lead contamination levels in New Orleans, where dust from paint scraping and gasoline exhaust have settled into the ground and remained concentrated at unhealthy levels around nearly two-thirds of the city’s households.

Alarmed by the link between lead poisoning and violent crime, particularly given New Orleans’s high murder rate, in 2006 Chin devised Operation Paydirt/The Fundred Dollar Bill Project, an ongoing interdisciplinary endeavor that continues to generate thousands of children’s drawings in an effort to garner funding and support for the development of an effective nationwide method for the remediation of lead contaminated soil. The project has led to collaboration with the Environmental Protection Agency and a major grant in 2011 from the U.S. Department of Housing and Urban Development to scientists who are testing soil remediation methods in New Orleans.

Other works on view at Blaffer include In the Name of the Place: GALA Committee(1995-97), for which Chin collaborated with the TV series Melrose Place to insert socially-engaged artworks into the show’s sets and props; selections from Chin’s Erased Currency (1996) and Drawn Currency (2006-08) series; key assemblages introducing recurring themes and materials in Chin’s oeuvre; and the large-scale installation The Funk and Wag from A to Z (2012) a surrealist arrangement of collages culled from the Funk and Wagnalls encyclopedia.

The exhibition is accompanied by a fully illustrated catalogue, which includes essays by Miranda Lash; Eleanor Heartney, critic for Art in America; Patricia C. Phillips, Associate Provost at the Rhode Island School of Design; Patricia Covo Johnson, former critic for the Houston Chronicle; and Herb Tam, Curator and Director of Exhibitions at the Museum of Chinese in America; and poet Andrei Codrescu. The catalogue will also include an extensive illustrated chronology of Chin’s career by Lisa Crossman, PhD, numerous entries on specific artworks, and a comprehensive bibliography.

Mel Chin was born in Houston in 1951 and received a Bachelor of Arts from Peabody College in Nashville, Tennessee. He has had solo exhibitions at the Hirshhorn Museum and Sculpture Garden (1989), Walker Art Center (1990), The Menil Collection (1991), and Station Museum of Contemporary Art, Houston (2006). Chin has received numerous awards and grants from organizations such as the National Endowment for the Arts, New York State Council for the Arts, Art Matters, Creative Capital, the Penny McCall Foundation, the Pollock/Krasner Foundation, the Joan Mitchell Foundation, the Rockefeller Foundation, and the Louis Comfort Tiffany Foundation, among others.

Mel Chin: Rematch is organized by the New Orleans Museum of Art. Major support for the exhibition is provided by The Andy Warhol Foundation for the Visual Arts, the Creating A Living Legacy Program of the Joan Mitchell Foundation, Suzanne Deal Booth and David G. Booth, the Bertuzzi Family Foundation, Susan and Ralph Brennan, and Stephen Reily.

The presentation of Mel Chin: Rematch at Blaffer Art Museum is made possible through the generous support of The Eleanor and Frank Freed Foundation, James Bell, Marita and Jonathan B. Fairbanks, Dorene and Frank Herzog, the Oshman Foundation, an anonymous donor, and Major Exhibition Fund patrons Jim Petersen, Jr., Leslie and Brad Bucher, Vitol, Inc., and the Nightingale Code Foundation. Additional funding comes from the Cecil Amelia Blaffer von Furstenberg Endowment for Exhibitions and Programs, the Houston Endowment Inc., the Anchorage Foundation, BP Corporation North America, Inc., the City of Houston through the Houston Arts Alliance, the Texas Commission on the Arts, the Jo and Jim Furr Exhibition Endowment at Blaffer Art Museum, and the George and Mary Josephine Hamman Foundation. 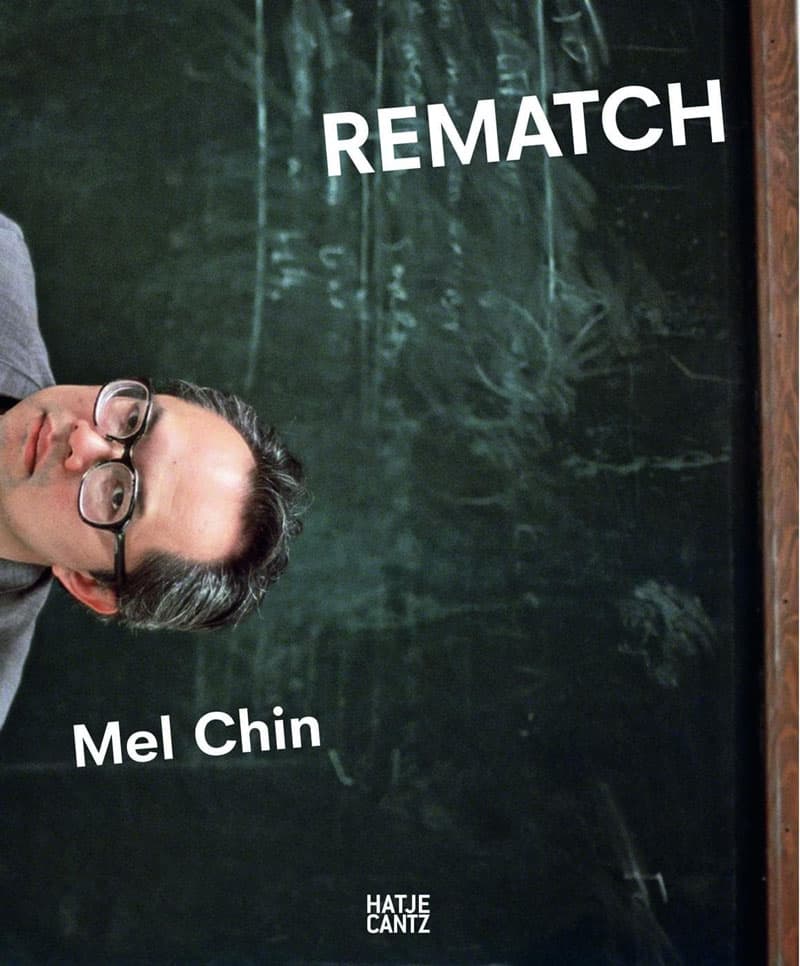