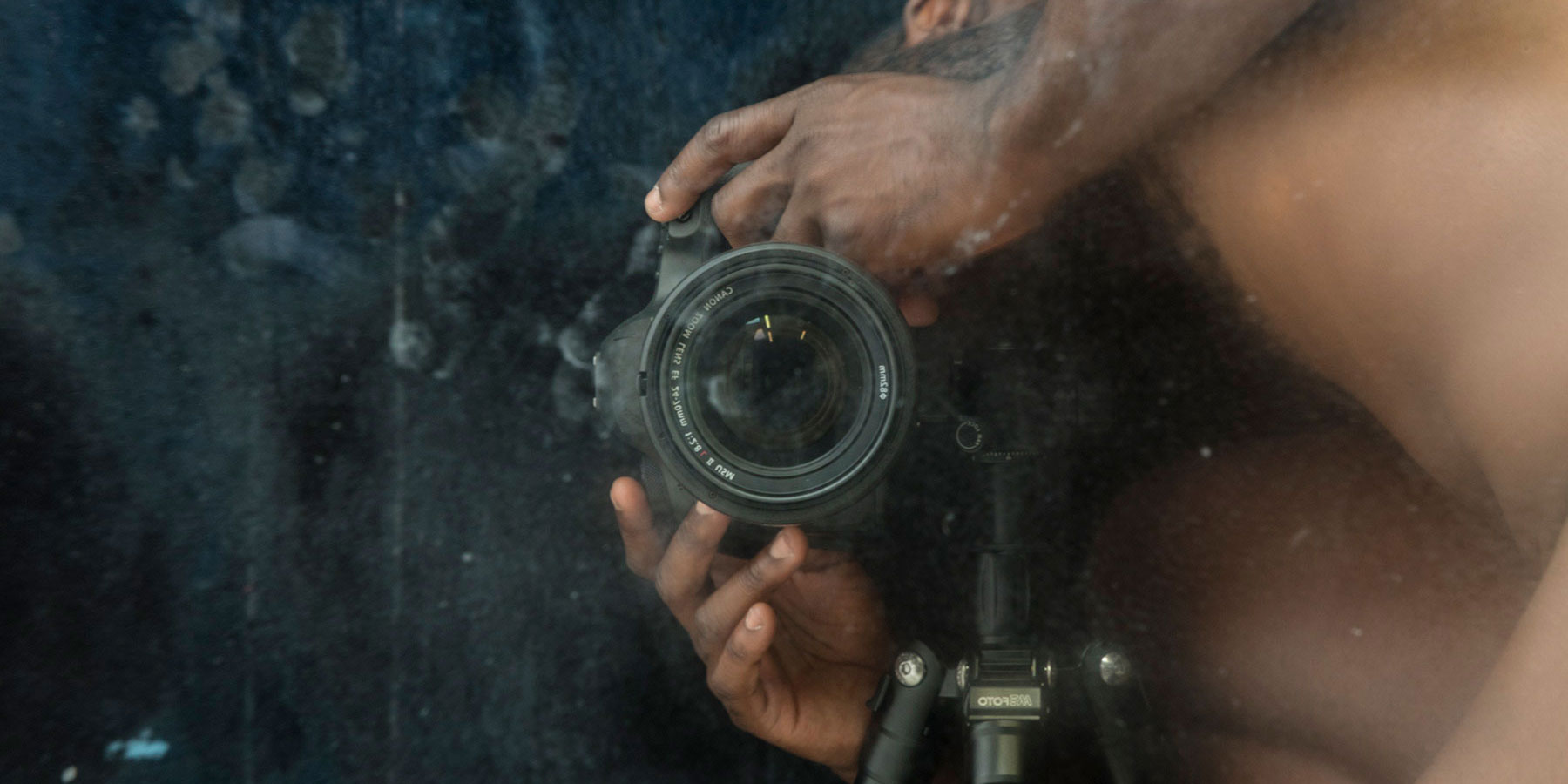 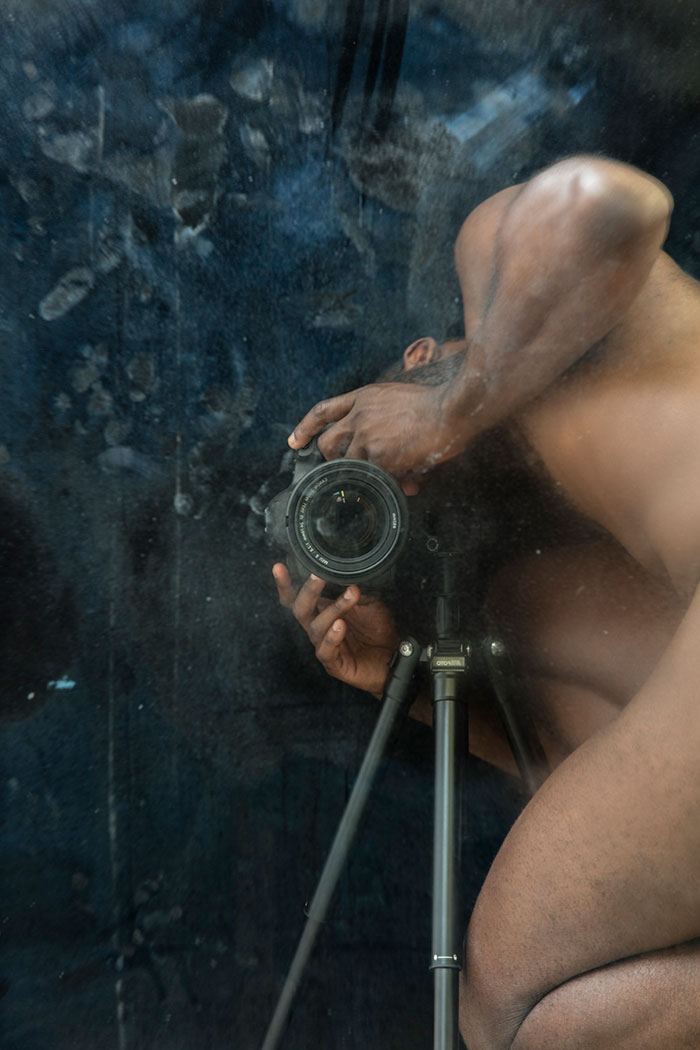 Paul Mpagi Sepuya makes photographs of friends, artists, collaborators, and himself that challenge the history of photography and deconstruct traditional portraiture through layering, fragmentation, mirror imagery, and the perspective of the black, queer gaze. This exhibition—the artist’s first major museum survey—brings together work Sepuya has made across the last thirteen years, offering viewers the opportunity to trace connections across his life and practice.

Sepuya’s photography is grounded in the studio as a site through which people, objects, and experiences are both positioned and displaced. In early works, made in his Brooklyn apartment, photographs depict presence and absence at once. With the artist’s move to Los Angeles, the studio becomes a more constant site as his works grow increasingly complex. Sepuya’s experiments with mirrors are especially formative, finding that slight optical shifts can radically alter the dynamics of a portrait or a scene. In these images, he allows glimpses of the studio setting and reveals the apparatus of photography, including backdrops, lighting, lenses, and the camera itself. Although little is hidden, much is obscured and fragmented, with narratives left to conjecture. All of these compositions are constructed through analog techniques, with no digital manipulation. In contrast to the slick artifice of traditional or commercial portraiture, Sepuya points to the human element of picture taking—embracing fingerprints, smudges, and the dust on a mirror’s surface to make both his images and photography itself more tactile. 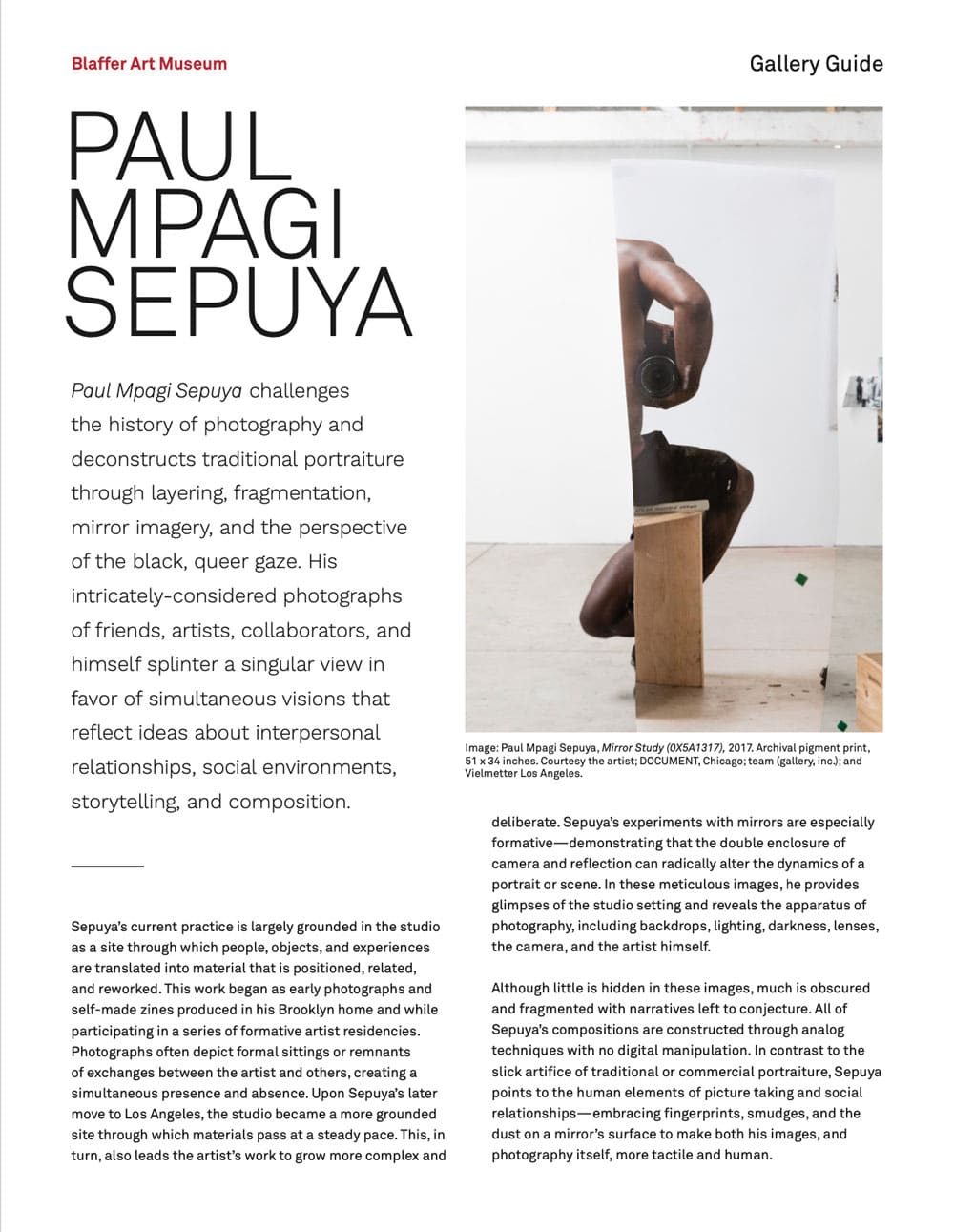 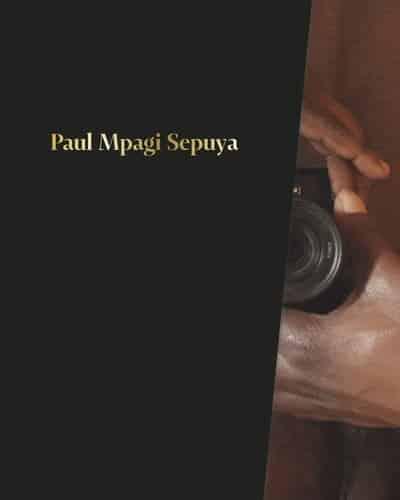