South Carolina-born, Los Angeles-based artist Rodney McMillian creates sculptures, paintings, installations, videos, and performances that explore how the accumulated ideologies, policies, myths, gods, and monsters of American history and politics shape experience, identity, and our sense of place. Through his performative reinterpretations of political texts, historical events, oral histories, and popular culture, McMillian confronts the social and economic legacies of race-driven actions and oppression. By deconstructing and restaging these diverse narratives of power, violence, and possibility, McMillian offers an alternative reality while also illuminating the power of people to affect change and transform the future.

In the exhibition Rodney McMillian: Historically Hostile, the Blaffer presents six video works made between 2005 and 2017, installed across the entire museum. The videos were selected in collaboration with the artist, and they collectively reconsider the contemporary ramifications of slavery, the civil rights movement, white supremacy, and modern U.S. government policy embedded within our daily life. Several were filmed in South Carolina, where the artist grew up, in Austin, Texas, or at Dockery Farms—the infamous Mississippi plantation where Delta blues music was born. These works often feature a lone figure, alternatively clad in protective garments, superhero masks, a clergyperson’s cassocks, or suit and tie—entwining the performance of the so-called “everyday” with science fiction. The steadfast protagonists are often set against American landscapes historically hostile to Black bodies, rewriting both place and personhood with new possibility.

Rodney McMillian (b. 1969, Columbia, SC) received a MFA in 2002 from the California Institute of the Arts, a post-baccalaureate degree from the School of the Art Institute of Chicago in 2000, and a BA in Foreign Affairs from the University of Virginia in 1991. His work is held in a number of museum collections worldwide, including the Museum of Modern Art, New York; the Art Institute of Chicago; Los Angeles County Museum of Art; the Studio Museum in Harlem; the Museum of Contemporary Art, Los Angeles; the San Antonio Museum of Art; the Saint Louis Art Museum; and the San Francisco Museum of Modern Art; among many others. In 2016, McMillian was the inaugural recipient of the Suzanne Deal Booth Art Prize at The Contemporary Austin. He is currently Professor of Sculpture at University of California, Los Angeles.

Special thanks to Vielmetter Los Angeles for their assistance and support of this exhibition.

Lead annual support for exhibitions and programming at Blaffer Art Museum is provided The Andy Warhol Foundation for the Visual Arts and The Farrell Family Foundation. 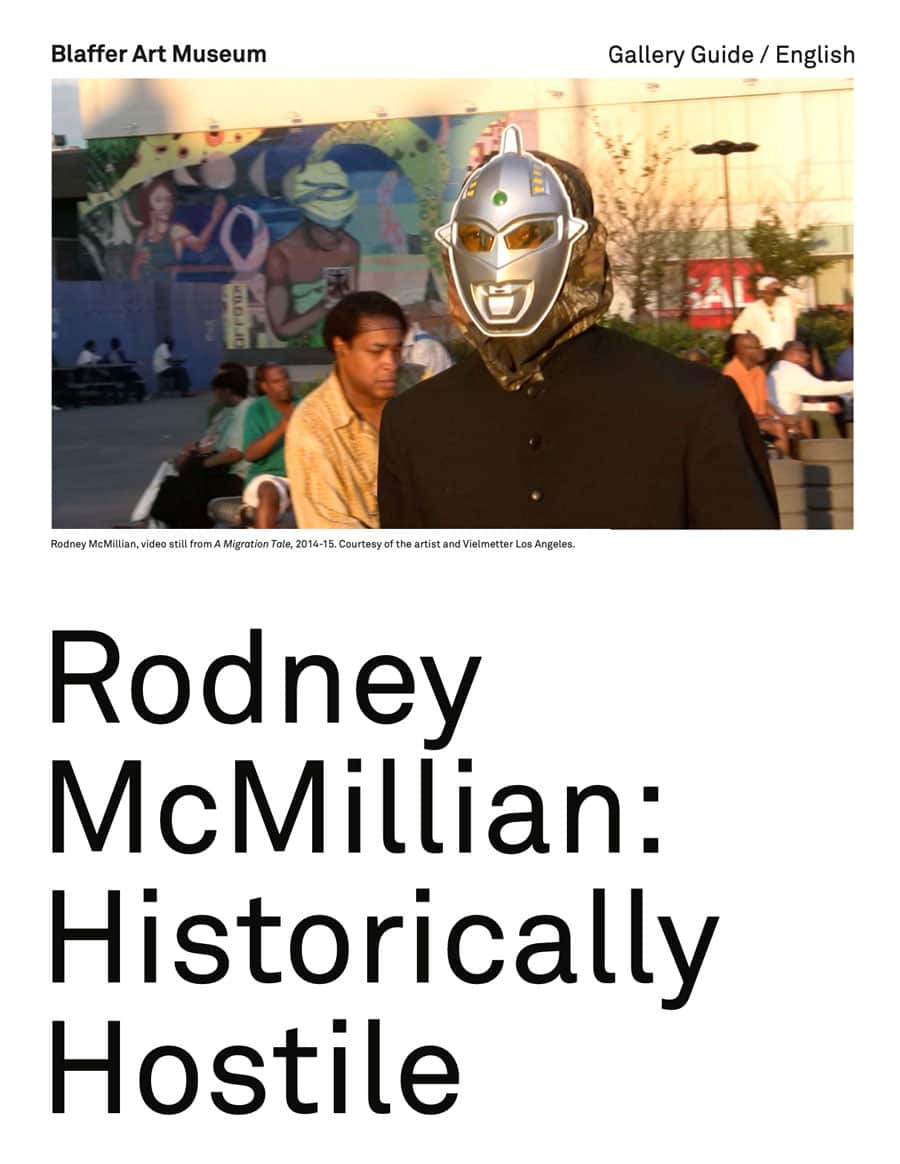 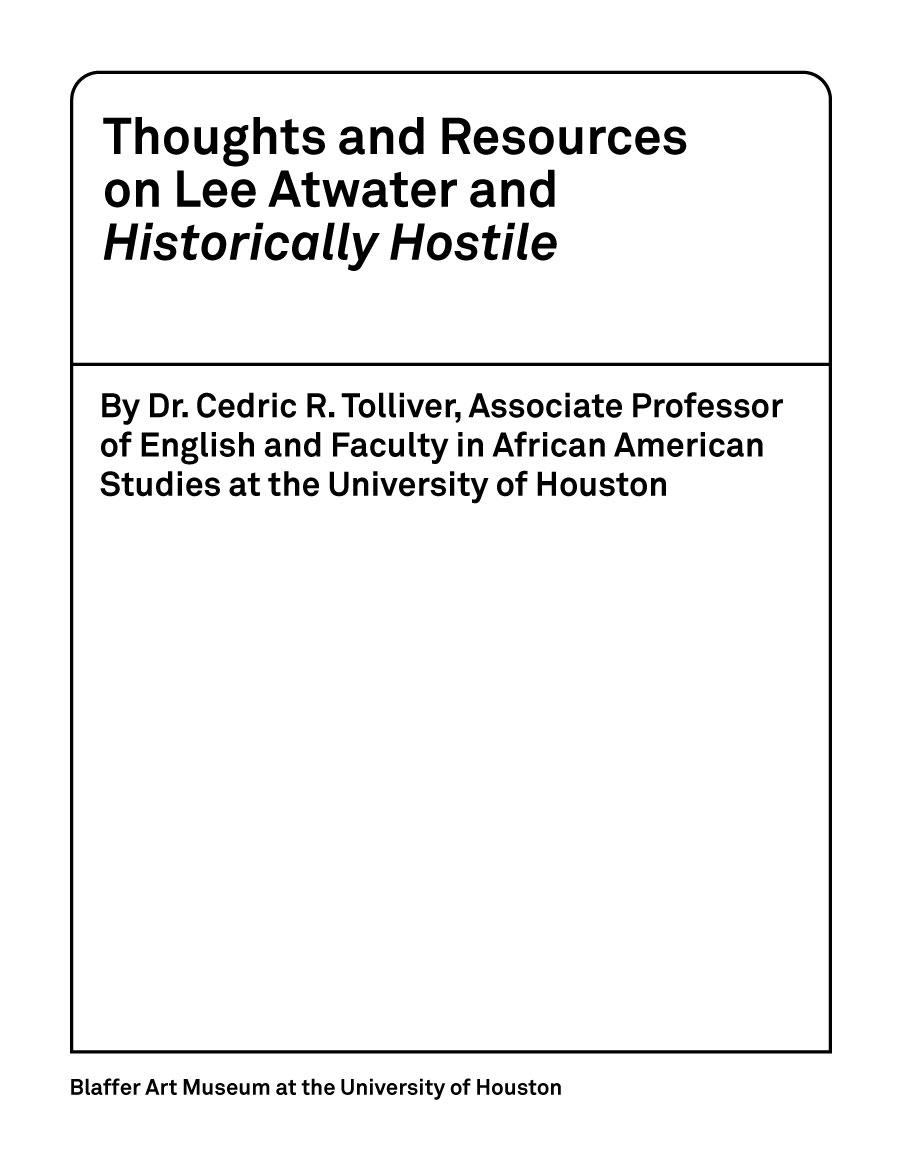