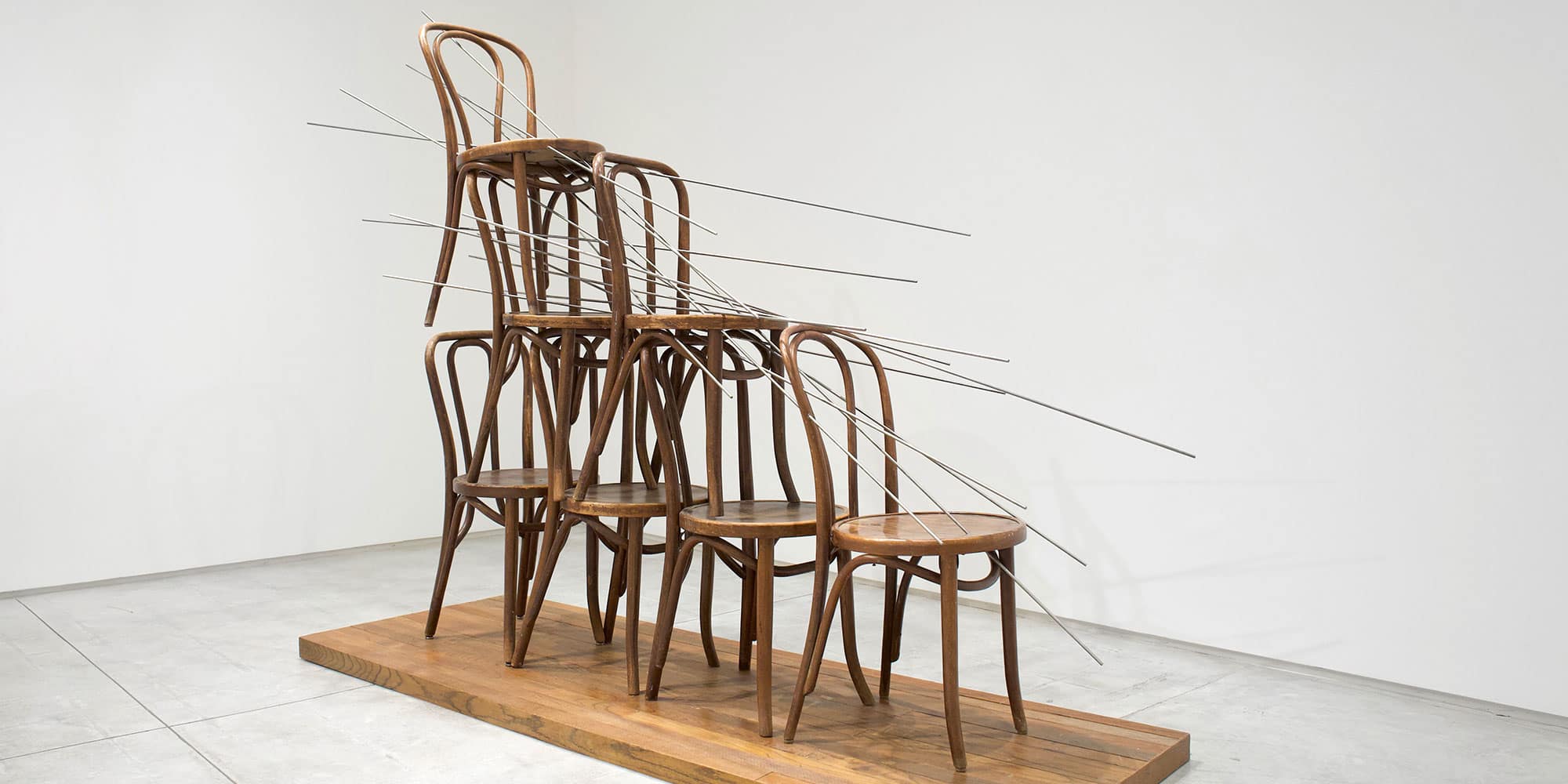 Jamal Cyrus: The End of My Beginning

The Blaffer Art Museum, in partnership with Texas Southern University (TSU), is proudly organizing the first survey exhibition of artist Jamal Cyrus, which will span fifteen years of this artist’s prodigious career. As a singular maker, a former member of the pioneering collective Otabenga Jones & Associates, a current professor at TSU, the recipient of the 2020 David C. Driskell Prize, an occasional curator, and steadfast mentor, Cyrus and his influence reverberate throughout his native city of Houston. And while he has participated in a number of national contemporary art biennials, Cyrus’s work has not yet had the platform to be comprehensively studied and celebrated on its own terms.

Assembly and amalgamation across time, continents, records, individuals, and materials characterize the artist's expansive practice, as he explores the evolution of African-American identity within Black political movements and the African diaspora. He is especially attuned to the cultural hybrids that have emerged from cross-border interactions in historical eras—from Ancient Egypt and the 16th-century transatlantic slave trade to the Jazz Age of the Harlem Renaissance and the civil rights movements of the 1960s. Counting academic Paul Gilroy and his decentralized diasporic thinking as a model and muse, Cyrus surveys “the Afro-Atlantic” as, in his words, “An intercontinental and multinational geography describing the circulation of ideas between Africa, Europe, and the Americas.” The exhibition explores the artwork that has ensued, replacing the conventional idea of a singular homeland with fluid nodes of exchange, movement, and mutually constituted histories.

The End of My Beginning also brings together the University of Houston (UH) and Texas Southern University (TSU) in this co-presentation of Cyrus’s work, spanning fifteen formative years of the Houston native’s practice from 2005-2021. The collaboration gathers over 50 artworks in the process that traverse the artist’s eclectic material lexicon as it manifests in hybrid works in/on paper, graphite, papyrus, and denim, as well as assemblage, textiles, collage, installation, and performance. The sister exhibition Cyrus has curated for the University Museum at TSU, entitled Levels & Layers: An Artist’s Reflections on Third Ward, brings together a selection of historical works from the University’s pioneering collection with vernacular works from the Third Ward. Cyrus will also orchestrate performances and community-driven events that connect both campuses over the course of the show—enlivening the vital communities that circulate within the neighborhood, and that underpin so much of the artist’s history and work. In so doing, The End of My Beginning culminates the emerging period of Cyrus’s practice, provides a mid-career reflection, and establishes new footholds for the future.

A fully-illustrated color catalogue designed and co-published by Inventory Press will be available in September 2021, and it will feature essays by Grace Deveney, Ciarán Finlayson, Jamillah James, Steven Matijcio, Ana Tuazon, and an interview conducted by Dr. Alvia Wardlaw.

This exhibition traveled in 2022 to the Institute of Contemporary Art, Los Angeles and the Mississippi Museum of Art, Jackson

Lead support for Jamal Cyrus: The End of My Beginning is provided by The Ford Foundation.

Major support for the exhibition is provided by The Brown Foundation, Inc. and Leah Bennett. Generous support is provided by Inman Gallery, Judy and Scott Nyquist, and Dr. Shirley Rose.

Lead annual support for exhibitions and programming at the Blaffer Art Museum is provided by The Andy Warhol Foundation for the Visual Arts and The Farrell Family Foundation. 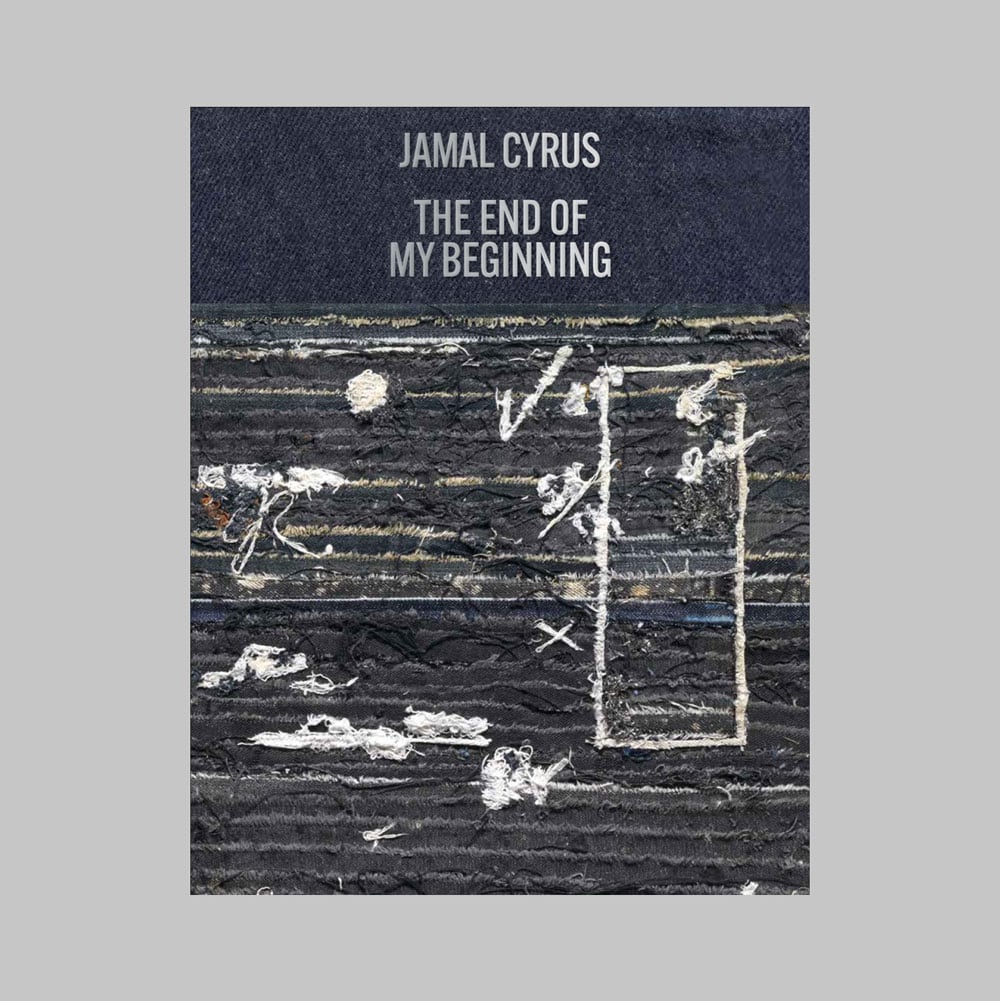 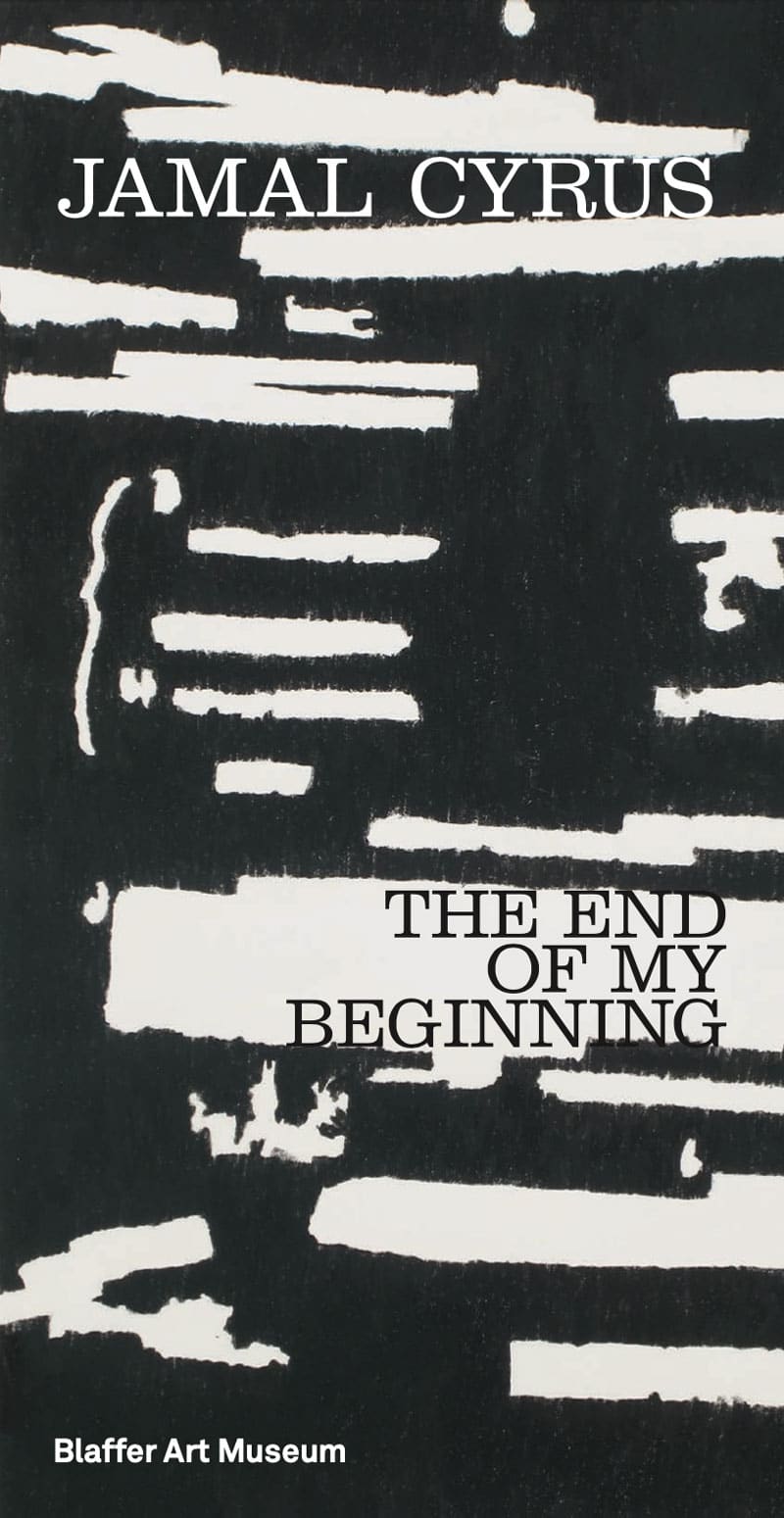 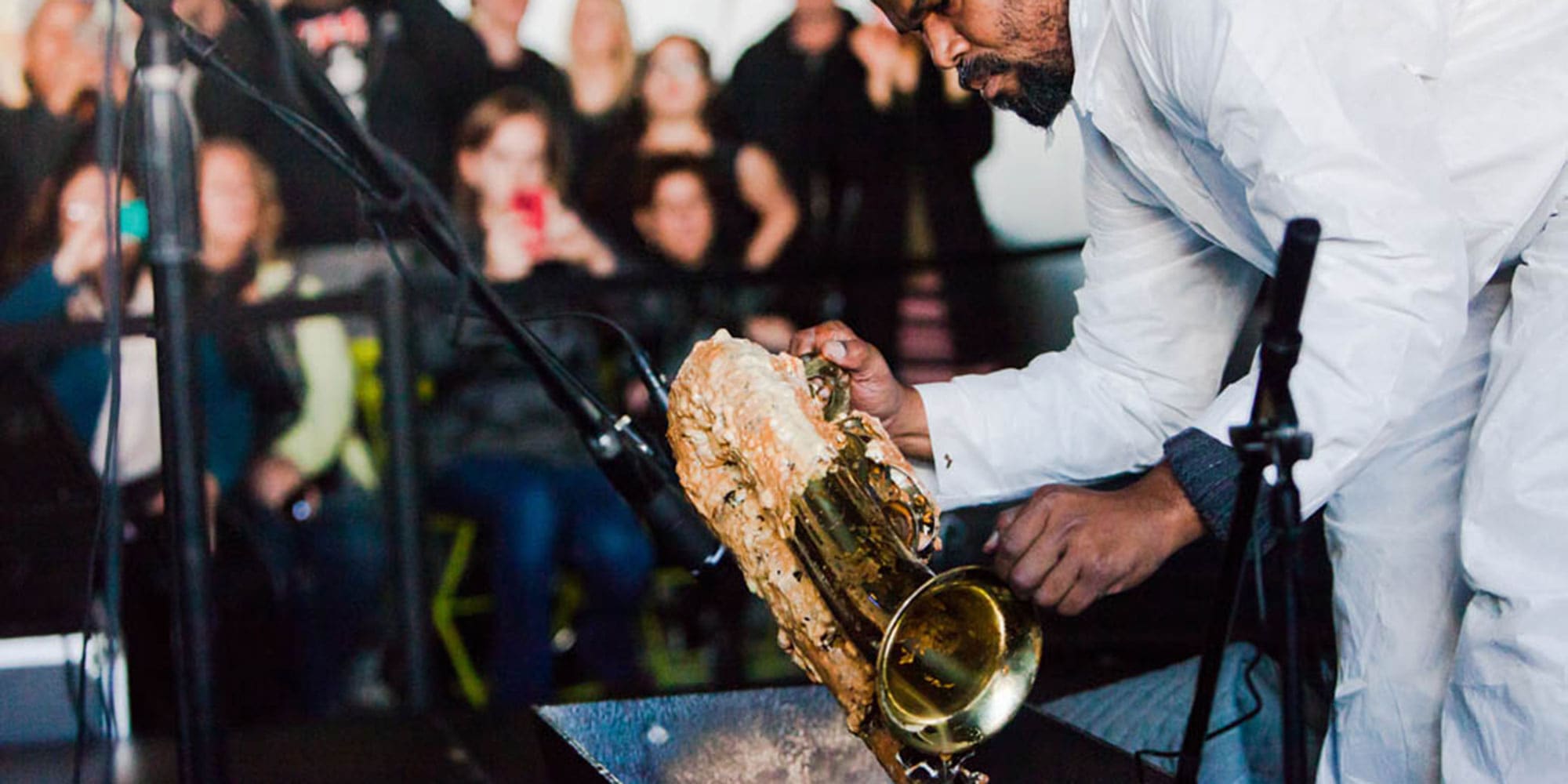 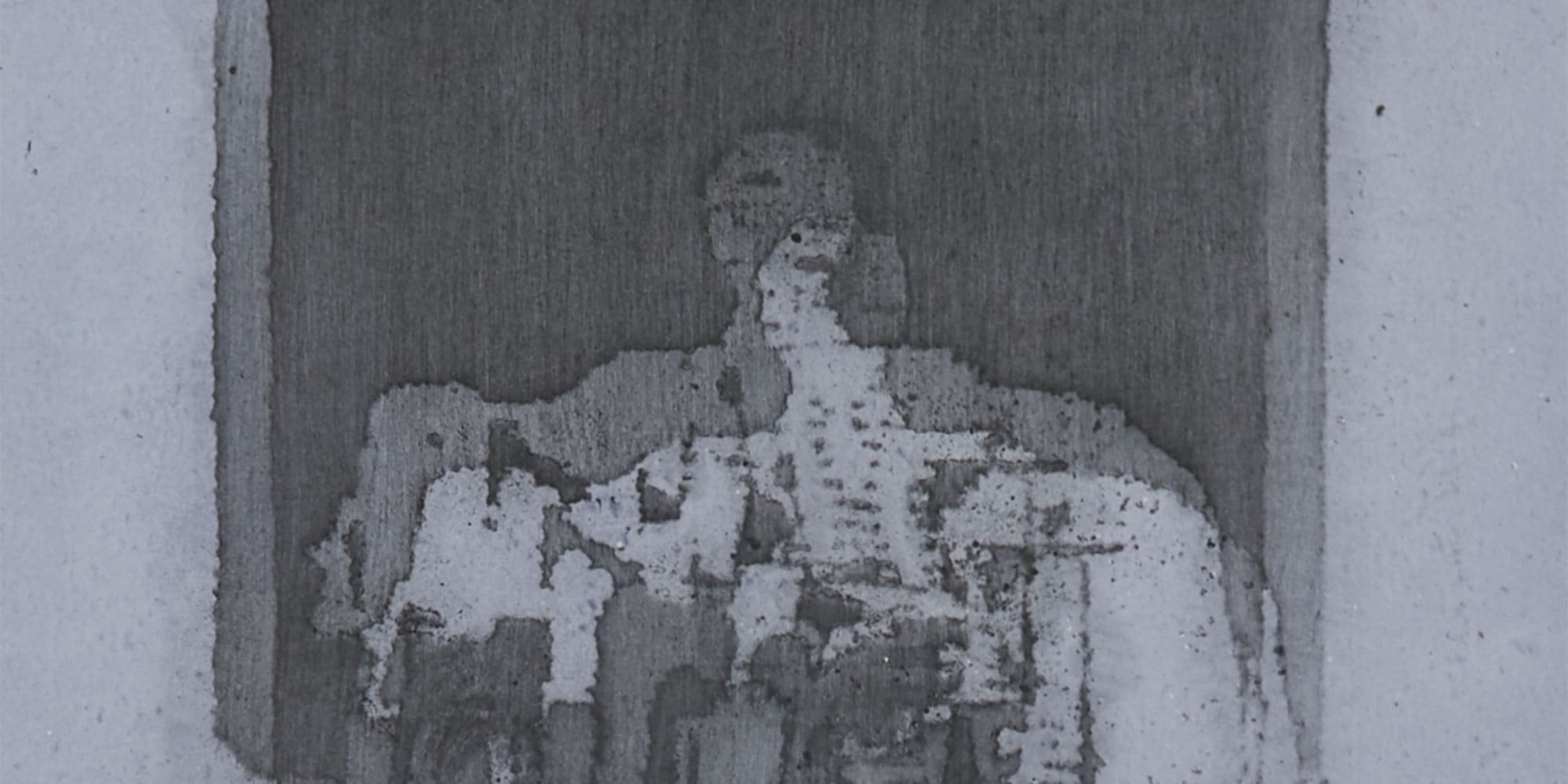 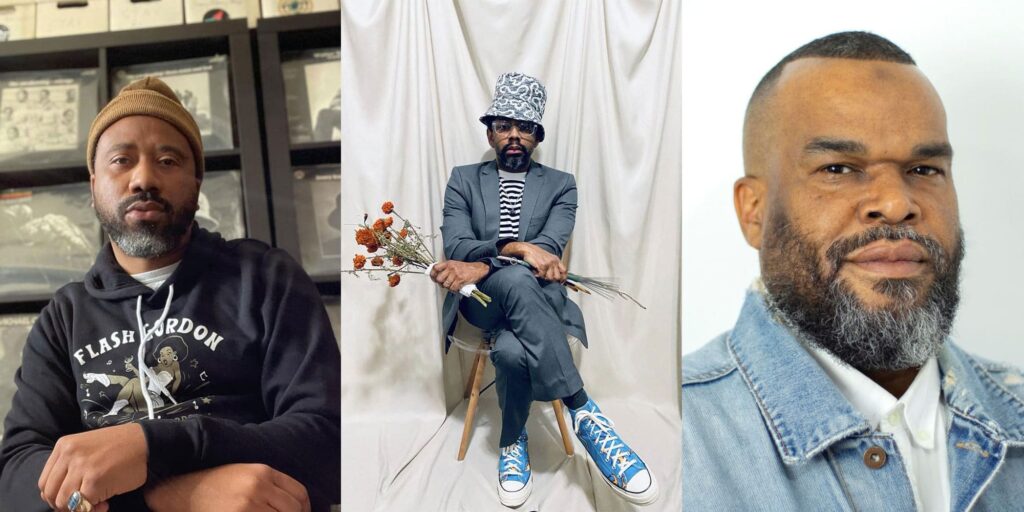 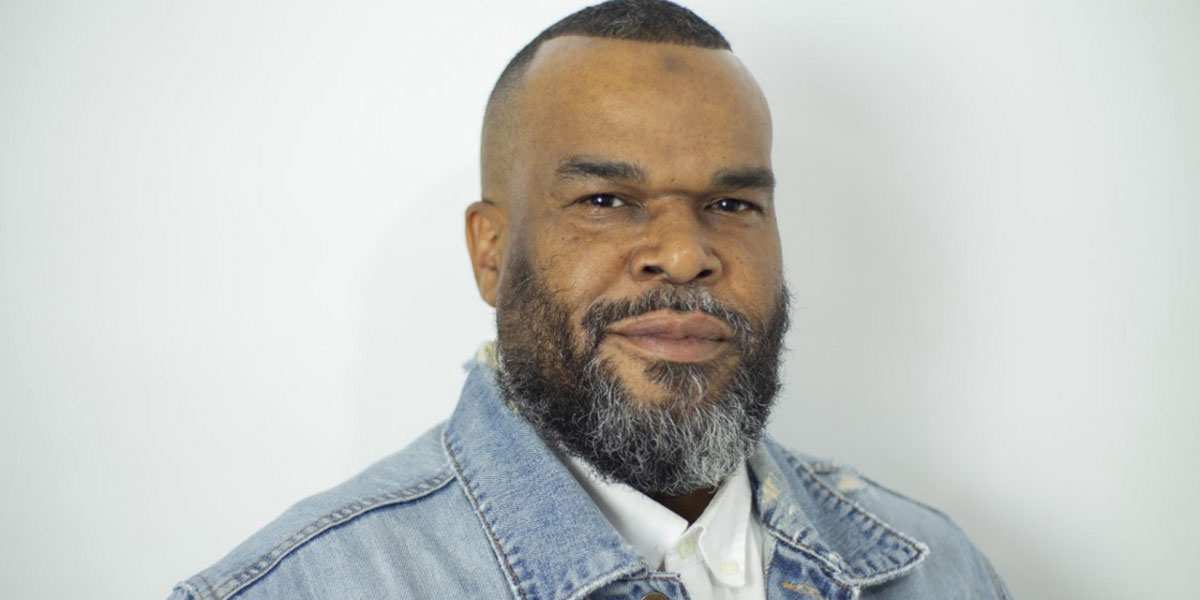